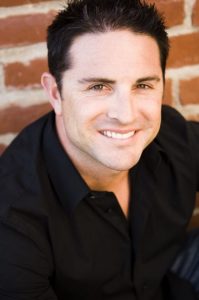 Dr. Matt Hubbard is a living, breathing billboard for the Wellness Lifestyle. Steeped in 15 years of clinical practice and the day to day teaching and application of wellness principles, Hubbard’s interface with a vibrant family practice affords him a unique perspective of what works in healthcare – and what doesn’t.

As the owner-operator of one of the most robust wellness practices on the West Coast, his time is spent in the trenches with families that are simply looking for a better way to better health. He is an exceptional clinician, passionate teacher and great student of behavioral science.

Dr. Hubbard is an enthusiast of all things business and health-related. As of June 1st, 2013 Dr. Hubbard assumed his role as President of the California Chiropractic Association (CCA). Dr. Hubbard was the Secretary of the CCA in 2012-13 and is currently CEO of Hubbard Chiropractic Inc., an online training program called, My Marriage Mastery and C.O.R.E., a site that helps chiropractors come together for personal and professional development. As of March 1st, he was also made partner at Legacy Business Solutions, a coaching company committed to the success of chiropractors worldwide.

Coaching and leadership training started early as Dr. Hubbard was one of the hand-selected coach’s of Dr. Jacksons Epic Practice and Epic Accelerators, one of most cutting-edge on-line training groups in the profession. Before Epic, Matt Hubbard ran a San Diego based training company, CORE MASTERY. He found a lot of success when he focused on brain trust concepts followed by business strategies for local doctors. He has forever been a student of cutting-edge training and been a part of The Ultimate Achievers Club (U.A.C.) since inception.

In 2001, Dr. Hubbard moved to San Diego and began his career as an Associate Doctor learning the ins and outs of business and how to run a family-based wellness office. In 2003 he became an Independent Contractor and started building today what is Convoy Village Chiropractic that he began in 2004. Now CVC is San Diego’s largest chiropractic office, has trained 100’s of doctors from around the world, and is expanding to multiple locations. Doctors from all over have come to shadow anywhere from one day, up to a year for specific training. Dr. Hubbard’s program is called “Shadow Dr. Matt” and currently has a three-month wait list. 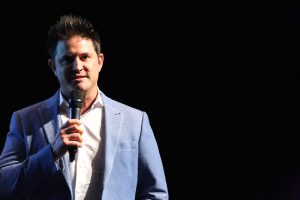 Politics started early, and in 2004 Dr. Hubbard was asked to sit on the board of the non-profit Foundation World Chiropractic Alliance and was a board observer until 2007. In 2004 Dr. Hubbard started locally attending CCA meetings and worked his way on the board in San Diego in 2005. Since then he has sat in almost all positions and has actively helped San Diego become the most active districts in the state winning District of the year back to back since 2011.

A graduate of Westmont College, Matt holds a BA in Kinesiology and Psychology and a Doctorate in Chiropractic from Life Chiropractic College West. In his chiropractic office, he specializes in pediatrics, preventative wellness care and new forms of proactive, progressive rehab. His background in sports training and human performance is what sets his unique ability and talent apart in the profession.

His greatest passion is his wife Mikala and his baby girl Mikah Faith, born in November 2012 and son Maverick Jeremiah, born December 2014. Hubbard and his team’s various musings on business, marriage and all things health & wellness can be found on his AskDrMatt Twitter page here.

A lifelong commitment to chiropractic

“With so many advancements being made each year in chiropractic, I don’t think our education will ever end. I am committed to continual learning of the latest methods in order to contribute to your health care.”

“Having a team of professionals on your side is of great importance. When we get together, we discuss what we’ve found to be most effective. When you come to our office, you will get the expertise of more than one chiropractor. You’ll benefit from the shared knowledge of our team and mentors I have surrounded myself with.”

Past Treasurer of California Chiropractic Association San Diego
Board of Governor of World Chiropractic Alliance
President of C.O.R.E. (Chiropractors on the Road to Excellence)
Started Emergency Response Team for San Diego

Using his expertise to help people around the world

“I believe it’s important to share what I’ve learned. My articles, lectures, videos, classes and consultations give me the opportunity to help people in other communities live life to the fullest. I believe that’s the whole point of health care.”

Honored by the professional community

“Being honored by other professionals is exciting. It shows that they truly value my work and my contribution to the chiropractic profession.”

Voted: Chiropractor of the Month May 2005 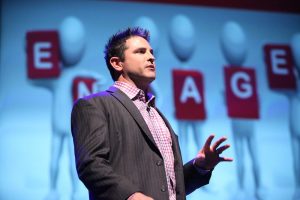 “There are thousands of people around the country who are facing poor health every day. I want to do my part to help them reclaim their life. That’s why I’m actively involved in these important national groups.” 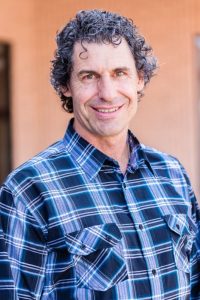 Dr. Leo Meltvedt attended Life Chiropractic College West from 1996 – 1999, where he was a member of the student counsel and president of the Neurology club. While attending LCCW, he was also enrolled in post-doctoral studies outside of college with the Carrick Institute for Advanced Studies in Neurology.

The Carrick Institute for Advanced Studies in Neurology focuses on brain-based modalities, which utilize chiropractic as the primary tool of application.

As a Doctor of Chiropractic and a Board Eligible Chiropractic Neurologist, Dr. Meltvedt established a 12-year practice in San Diego, California with a foundation of brain-based chiropractic applications. He continues to develop his skills by inventing new adjustments and is currently working on a new adjusting table for the profession.

From November 2005 to April 2007, Dr. Meltvedt hosted a specialty Internet-based radio show called “Chiropractics On… World Talk Radio” designed to educate the public on the Science, Art, and Philosophy that is Chiropractic.

Dr. Meltvedt served as a board member for the California Chiropractic Association, San Diego Chapter and is currently a member of Chiropractors on the Road To Excellence (C.O.R.E.), and spent two years coaching with Dr. Matt in C.O.R.E. Mastery.

Dr. Meltvedt enjoys public speaking and promoting the hidden benefits of Chiropractic to his audiences. He is a dynamic and engaging speaker who has a long and diverse background in public speaking, which began at the age of 15. He has developed the ability to take complex concepts and present them in simplistic terms enhancing comprehension and long-term memory.